Back to all posts

On Jan 22, 2020 Bloomberg announced that the use of Telegram for conducting a business deal was why the court was ruling in favor of  Hyundai Motor Securities Co, costing Yuanta Securities Korea Co. ~USD $12.6 million.

Employees at the two companies had used Telegram to have a conversation about arranging a deal for Hyundai Motor Securities to buy bonds from Yuanta. The deal was worth 14.8 billion won, but Hyundai said it was just a conversation, and that they made no formal agreement to purchase.

It appears that although Yuanta considered it to be a concluded business deal, from Hyundai’s view it was simply an informal conversation. Yuanta filed the lawsuit against Hyundai in 2018 in an attempt to force the purchase that had been discussed on Telegram.

Business Telegram Conversations Are Not Binding

Within the financial industry, trades are made every minute, but this is not the first court ruling that has recently sided against instant messaging. In this case it came down to a lack of clear records. The Korean court was clear that they considered a conversation on Telegram not enough to prove that a deal was taking place.

Losing several million dollars is a hard lesson in ensuring you have a solid paper trail for your business conversations. Companies allowing employees to have work related conversations via their client’s personal messaging apps have to make sure they are able to retain the conversations.

The simple answer is that for a company, every single message sent to client’s messenger needs to be properly recorded, monitored and stored. In-house, with the company having full access and ownership of messages, not leaving it with employees, on their personal messaging apps.

We have talked previously about the need to embrace instant messaging for client communication. However, as Yaanta Securities Korea Co., discovered, if you cannot produce a formal business record of the communication, this might result in loss of business.

The legal ruling declared that because “secret chats on [Telegram] don’t leave a trace on its servers and conversations can be removed” they are not legal evidence of a conversation that can act as a binding contract.

If this situation had occurred on email or while employee was using The LeapXpert Messaging Orchestration Platform, then the records of the conversation would have been able to be admitted to the court. The judge would clearly have seen that an agreement to purchase had been reached.

Unfortunately for Yuanta, they allowed their employees to conduct business on personal instant messaging apps, that does not allow the company to retain a record of the communication. So, if Hyundai Motor Securities decided that they didn’t wish to purchase the bonds after all, there was no recourse.

This was a very expensive mistake and one that is actually occurring around the world with increasing regularity.

Modern communication patterns are changing the way companies do business. Until companies increase their awareness of how the inability to retain employee conversations from instant messaging affects their business, we will likely see more of these court rulings.

Ready to Leap your business?

To find out what LeapXpert is doing right now, to learn about our news and plans, and to discover more information on how our FMOP can resolve your business communication problems, follow us on LinkedIn today.
Take me to

Catch up on our business news and achievements, explore and follow industry articles. FMOP
FMOP: The Smarter Way to Manage Business Messaging
Business messaging is a huge pain point for many organizations. At this point, putting the business messaging ‘cat’ back in the bag isn’t going to work. Customers demand the ability to communicate with companies using messengers. So what’s the solution? A Federated Messaging Orchestration Platform (FMOP).
Read more
Share Compliance
Business Messaging Is A Problem for Stockbrokers
Messaging apps are a preferred method of communication for clients to contact stockbrokers. However, being hit with a $5 million fine for not being able to keep client communications when using instant messaging is a hefty price to pay.
Read more
Share 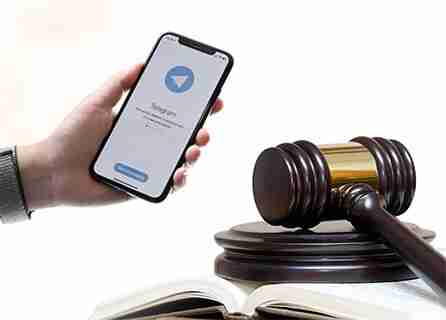 Compliance
Business conversation on Telegram Causes Multimillion-Dollar Loss
On Jan 22, 2020 Bloomberg announced that the use of Telegram for conducting a business deal was why the court was ruling in favor of Hyundai Motor Securities Co, costing Yuanta Securities Korea Co. ~USD $12.6 million. The Seoul Central District Court has ruled that conversations held via Telegram are not binding contracts.
Read more
Share Data ownership
Small Business Suffers 20% Income Loss Due to Client Poaching Employees
Having client poaching employees is the last thing any small business owner worries about. But just one single employee managed to cause an overnight loss of 20% in business income. Believe it or not, instant messaging can be a prime cause of client poaching.
Read more
Share Compliance
Enterprise Messaging: Keep Your Business Out Of Personal Messaging Accounts
Enterprise messaging is about more than just ensuring a consistent tone and message to your customers. It means giving your employees the right tools to respond quickly to customer requests. From compliance issues and loss of configuration control to reduced security and loss of business, there are many reasons why businesses need to implement a company wide separate enterprise messaging app.
Read more
Share Data ownership
Employee Privacy on Messengers: The Problems of Using Personal Devices at Work
The privacy rights of employees are under threat from the most basic of workplace communications. Using supposedly safe, encrypted systems is putting personal information at risk, as there is no right to employee privacy on messengers once work topics appear. How can both employees and employers tackle this difficult issue?
Read more
Share
Read more
We use cookies on our website to ensure you get the best experience on our website. For more information visit our Privacy Policy. Accept